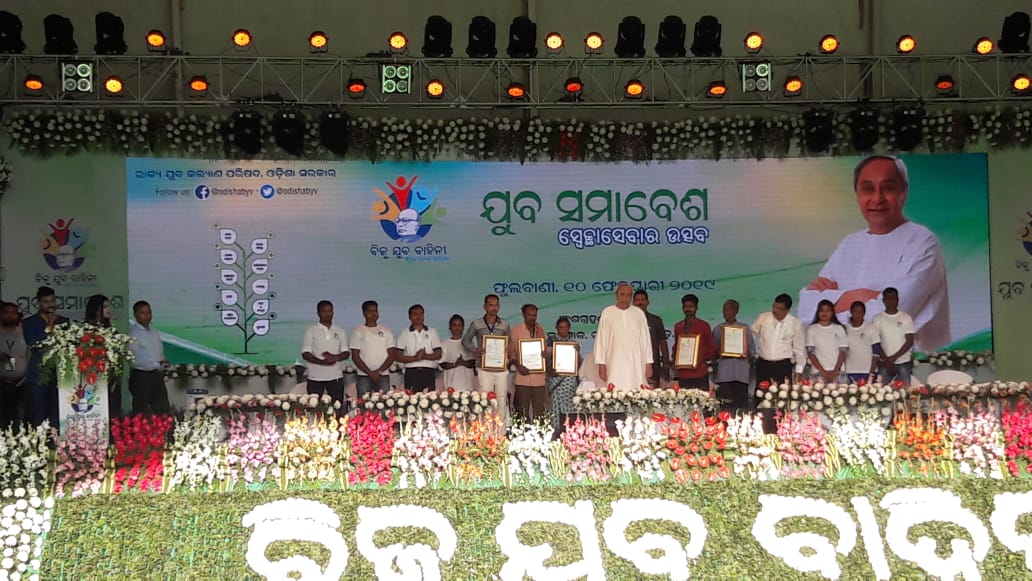 During his one-day visit to the district, the CM also inaugurated as many as 19 projects worth Rs 57 crore and laid foundation stone of 47 development projects for the benefits of people in the district.

Speaking at a Yuva Samabesh organised by Biju Yuva Vahini (BYV), a youth wing of the Biju Janata Dal (BJD), at Phulbani Stadium here, Naveen urged the youths to work for the State and dedicate themselves for service of people.

The Chief Minister distributed certificates to hundreds of Biju Yuva Vahini activists from Kandhamal, Ganjam, Gajapati, Nayagarh and Boudh districts for their noteworthy social works in their respective localities.