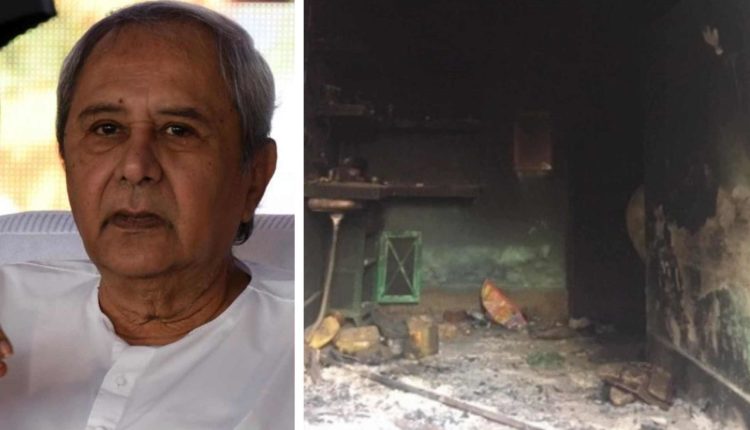 Expressing grief over the incident, Patnaik spoke to BSF Constable Mohammad Anees and empathised. He sanctioned the relief amount from the Chief Minister’s Relief Fund (CMRF) for the loss.

“Constable Mohammad Anees is working in the 9th Battalion deployed in the Maoist affected district of Malkangiri, Odisha. This Battalion of BSF is responsible for the overall security in the Swabhiman Anchal (erstwhile Cut-off) area, which includes the Gurupriya bridge in Malkangiri district,” the CMO stated in a release today.

Currently, Anees is posted at Hantalguda camp in Chitrakonda area of Malkangiri district.

Notably, Anees’ house at Khajuri Khas extension in Delhi was pelted with stones and burnt down during wide spread communal violence on February 25.

The Border Security Force (BSF) has extended its helping hand to rebuild the house.

The 29-year-old BSF Constable Mohammad Anees hails from Munger district of Bihar. His family has settled in Delhi four decades ago. He is to get married in May this year.

Reports said that BSF DIG Pushpendra Singh Rathore visited Anees’ gutted house at Khajuri Khas area, where nine other houses were also torched by mobs on Tuesday. He assured the family of arrangements to be made to bring Anees to Delhi from Odisha soon.

Sources said that the house where Anees’ family was living was set on fire by rioters on Feb 25. However, the locals managed to save his all the members of his family.

Worth mentioning, the violence broke out at northeast parts of Delhi last Sunday between two communities for and against the controversial Citizenship (Amendment) Act, 2019 (CAA). The clashes spread like a wildfire in three days causing extensive loss to human lives and properties. As many as 42 persons died and hundreds of vehicles, shops and houses were gutted in the violence. The Delhi police came under fire from various quarters as well as locals over its alleged inaction.