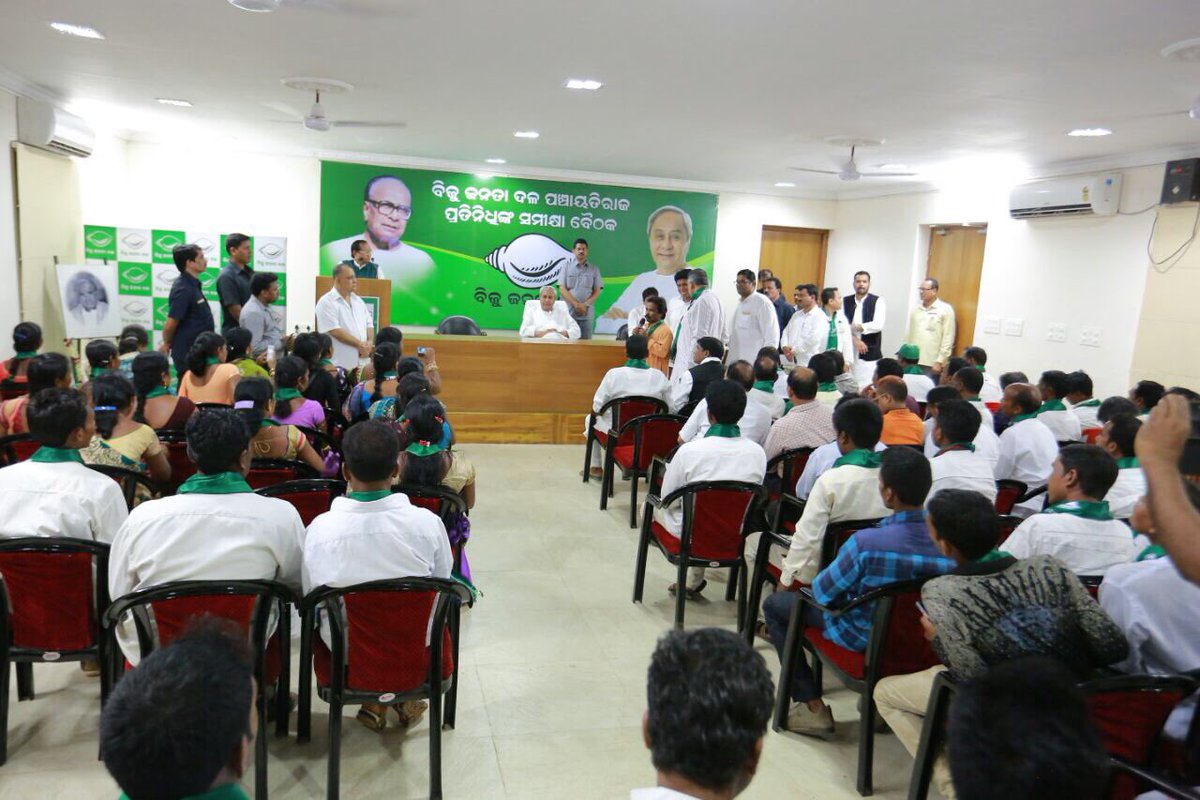 In the aftermath of his party’s setback in the recently concluded panchayat polls in the state, Odisha Chief Minister and BJD president Naveen Patnaik in his series of interactions with newly elected representatives of Panchayati Raj Institutions (PRIs) of his party on the second day today directly interacted with Sarpanches, Panchayat Samiti Members and Zilla Parishad Members from Mayurbhanj district.

During the interaction, the BJD supremo advised PRI members to work with utmost sincerity among the people. The supremo also advised them to make available fruits of developmental schemes of the state government to the people and strengthen party organization.

Naveen told the elected PRI representatives that he would hold a review meeting with them after six months.

“We had a meeting with the winning members in the panchayat elections from Mayurbhanj district. We had interactions on what work they wanted in their areas and I said we will have another meeting after six months to discuss what’s been done,” said Naveen speaking to the media after the meeting.

“The newly elected PRI representatives spoke about the problems in their respective areas and steps to be taken to strengthen party organization in that area. The Chief Minister advised them that the people have trusted them so they should go to the people and work for their good in a transparent manner. The Chief Minister told them that he would have another interaction with them after six months,” said BJD spokesperson Surya Narayan Patro.

“There are no differences within our party in our district. There are five fingers in a hand, those may have varying lengths but these are all parts of the same hand,” said Sudam Marandi, Minister Sports in his reply to reporters over differences within the BJD in Mayurbhanj district.

Naveen is scheduled to complete his interactions with the newly elected members by 24th of this month.

The BJD supremo on Sunday had interacted with newly elected PRI members from Koraput and Jajpur.

Scolded by sister, Odisha boy sets himself on fire