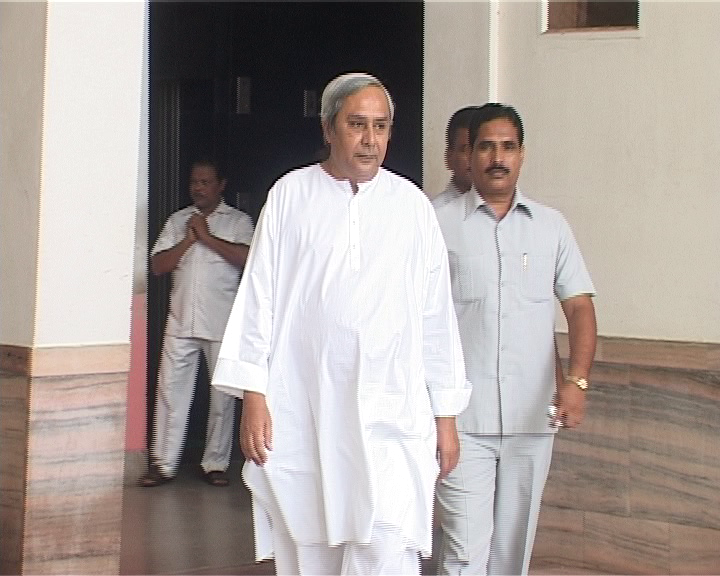 Bhubaneswar: Odisha Chief Minister Naveen Patnaik today put to rest all speculations in political circles that had emerged after he met Prime Minister Narendra Modi and Leader of Opposition in the state assembly Narasingha Mishra during his New Delhi visit.

Patnaik, who returned Odisha today after attending a function of Hockey India in New Delhi yesterday for the promotion of Hockey World Cup scheduled to be held here from November 28 to December 16 this year, rubbished the speculations regarding chances of political alliance of the ruling Biju Janata Dal (BJD) with the Bharatiya Janata Party (BJP) or Congress.

“During my visit to New Delhi, I met the Prime Minister and presented a copy of the book ‘The Tall Man Biju Patnaik’,” the CM said speaking to reporters.

On being asked by media persons about chances of Narasingha Mishra joining the BJD in a similar way to the then Leader of Opposition Bhupinder Singh joining the conch party in 2014 ahead of the general elections, Patnaik said, “He (Narasingha Mishra) just dropped in five minutes before the Hockey function to find out the details.”

“BJD is concentrating on its good work for Odisha. We remain equidistant from BJP and Congress,” he added.