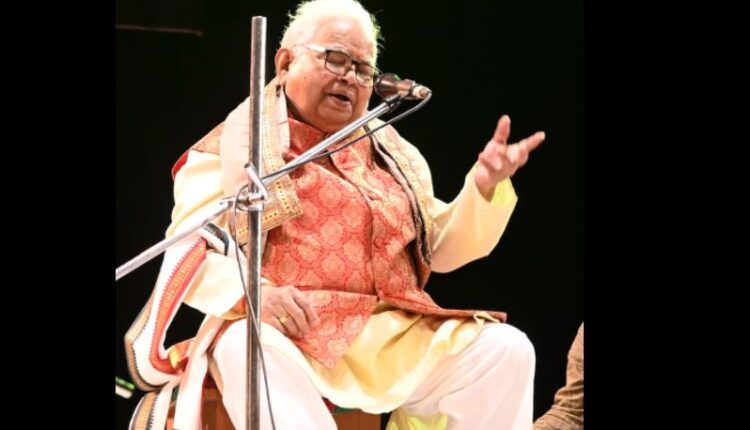 Bhubaneswar: Chief Minister Naveen Patnaik today expressed deep grief at the passing away of eminent Hindustani vocalist Pandit Damodar Hota. His contribution to the Indian classical music will be ever remembered by the posterity, the Chief Minister added.

Patnaik conveyed his deep sympathy to the bereaved family.

Late last night, eminent Classical vocalist and musician Damodar Hota passed away in Bhubaneswar. He was 87.

He has been suffering from cardiac ailments for past few years. He breathed his last while being taken to a private hospital in Bhubaneswar.

Damodar Hota has been recognised as a Guru in Hindustani and Odissi classical singing.