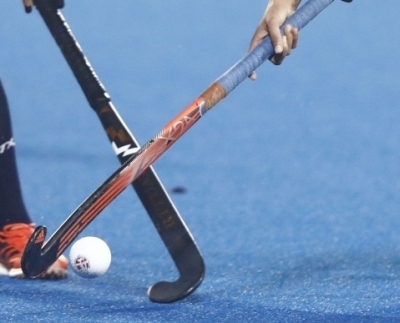 Patnaik took to Twitter and wrote, “May the team continue to make the nation proud.”

Congratulate Indian Men’s Hockey Team on winning the #FIHProLeague match against #Argentina at #KalingaStadium in #Bhubaneswar. May the team continue to make the nation proud. #OdishaForSports #TeamIndia https://t.co/icOm9DWM7b

Forward Mandeep Singh’s opportunistic goal in the last minute helped India prevail over Rio Olympics gold medallist Argentina 4-3 and move to the top of the table in the FIH Hockey Pro League.

It was an up-and-down performance by the Indians as they failed to hold on to a 2-0 half-half lead, allowing Argentina to twice come back from a goal deficit to level score 3-3 with four minutes to go.

Mandeep settled the issue in favour of the hosts as he got a feather touch to a superb long-range shot by Jugraj Singh to make it 4-3. The win means India now moved to 16 points from eight matches and overtook the Netherlands, though they have played two matches more.

Mandeep, however, struck in the last minute for the second successive match to seal victory for India.

Very much like the first match of the double-header on Saturday, the opening quarter was a slow burn. Both teams probed each other’s defence but there was no significant goalmouth action.

Nicolas Keenan for Argentina showed a willingness to attack up the Argentina left-hand side of the pitch but on the whole, there was very little created by either team.

India won the first penalty corner of the game in the second minute of the second quarter, but Tomas Santiago saved Varun Kumar’s attempt. However, Hardik Singh was on hand to volley the ball home to give his side the lead (1-0).

India captain Amit Rohidas created his team’s second clear-cut chance when he burst through the Argentina defence to draw a foul. The ensuing penalty corner gave Jugraj Singh his fourth goal for the senior team — a rasping shot that Santiago barely saw as it crossed his line.

Argentina created their own chances, winning two penalty corners but were unable to convert both. In addition, Martin Ferreiro shot over the bar and the ever-dangerous Keenan also just shot wide as India went into the half-time break leading 2-0. Argentina enjoyed better possession but it was India that had better chances, scoring twice of the four shots at goal.

Argentina started the second half with purpose, sending Leaving attackers high, Los Leones worked hard to gain possession in the midfield and then set up counter attacks. Argentina thought they had won a penalty stroke in the 32nd minute when Agustin Bugallo looked to have been fouled on his way to goal but the initial decision of a penalty stroke was overturned.

Having survived an Argentina onslaught, India took up the momentum. Mandeep was unlucky not to get on the end of an aerial that eliminated most of the Argentina defence but seconds later India were on the attack again. Harmanpreet had another chance to add to his goal tally with a penalty corner but his shot flew just wide.

Argentia struck against the run of the play. A quick attack, spearheaded by Martin Ferreiro, led to a penalty corner and Nicolas della Torre sent his shot past PR Sreejesh to make it 2-1.

With Argentina reducing the margin, India seemed to lose their structure a little and the visitors took advantage to level scores when Tomas Domene a penalty stroke awarded when Acosta was fouled in the circle.

With nine minutes left on the clock, the momentum changed again. India managed to wrest the lead back when Jugraj scored his second goal off a brilliant penalty corner, planting it just over the goalkeeper’s head.

Just one minute later, Jugraj thought he had his hat-trick but the shot was disallowed following an umpire’s video referral ruled that the ball had not gone out of the circle.

But the lead did not stay for long as a fantastic piece of skill by Ferreiro saw the forward twist and turn through the India defence and shoot it into the goal.

Just when it seemed that the match was going to shoot out just like the first encounter between the two teams on Saturday, Jugraj and Mandeep combined to score the amazing winning goal.