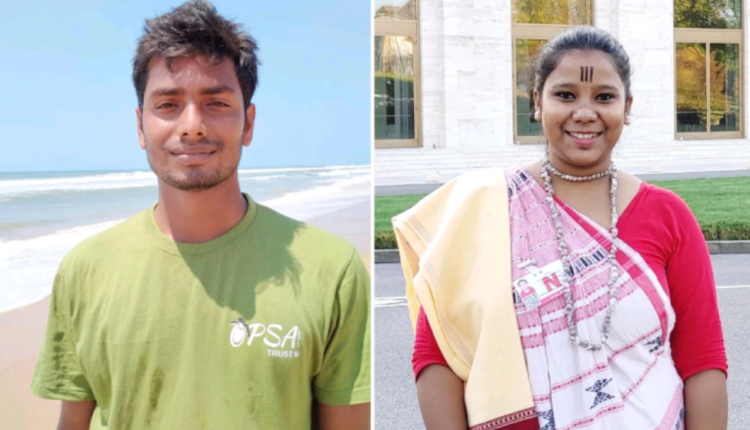 Recently, the United Nations in India announced the launch of its climate campaign – We The Change to showcase climate solutions pioneered by young Indians.

In a tweet, Patnaik stated, “Congratulate climate activists from #Odisha, Soumya Ranjan Biswal and Archana Soreng on being selected as young climate change leaders for @UNinIndia’s #WeTheChange campaign. Wish both of you all the best for your noble endeavours.”

Biswal has been actively involved in wildlife conservation activities with a focus on the protection of Olive Ridley Sea turtles. He has organized and participated in 230 beach clean-ups. Also, Biswal worked with forest department, local communities, and youth volunteers across the State to restore wildlife and encourage long term wildlife management.

The other activist from Odisha, Soreng belongs to the Khadia tribe of Sundergarh district. Soreng’s focus has been to preserve and promote traditional knowledge and practices of Adivasis and forest dwelling communities.

She has worked as a Research Officer at the Tata Institute of Social Science’s Forest Rights and Governance Project, Odisha in 2018

At present, Soreng works as Research Officer in a policy research and advocacy NGO – Vasundhara Odisha.

Karwa Chauth 2021: Top 10 Mehndi Designs that are Easy and Simple