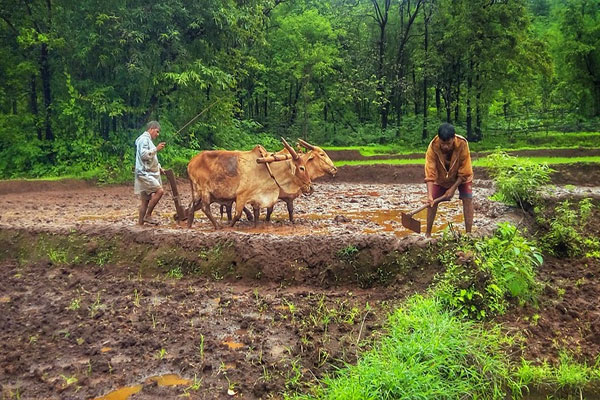 Bhubaneswar: Around Rs 800 crore were transferred to the bank accounts of as many as 40 lakh small and marginal farmers in Odisha under the State’s Krushak Assistance for Livelihood and Income Augmentation (KALIA) programme today.

While disbursing the financial assistance to the farmers via videoconferencing this evening, Chief Minister Naveen Patnaik said beneficiaries of the KALIA scheme will utilize the money for agricultural activities in Kharif season, thereby leading to development of the State.

He reiterated that farmers are the backbone of the State’s economy and they have played a pivotal role in ensuring food security for the country’s people.

Patnaik further informed the State government has made budgetary allocation of more Rs 20,000 crore for the agriculture sector this year.

Also, the Chief Minister inaugurated eight programmes including the Jackfruit Mission and the Rejuvenating Watershed for Agricultural Resilience through Innovative Development (REWARD). He said efforts are being made to popularize the Millet Mission and the Special Programme for Promotion of Integrated Farming.

The State government has made a budgetary provision of Rs 97 crore for the Jackfruit Mission under which jackfruit farmers in nine districts will get the financial aid for farming activities. It has budgeted Rs 500 crore to increase productivity of the agricultural land by irrigating them under the REWARD scheme.

Farmers from 182 blocks under 19 districts will get Rs 2,808 crore under the Odisha Millet Mission. Similarly, around 1.8 lakh farmer families of eight districts will get assistance under the the Special Programme for Promotion of Integrated Farming. The State government has made budgetary provision of Rs 239 crore for the scheme. A total of Rs 3,644 crore will be spent on the four schemes.

Also, the Chief Minister launched the new ‘Krushak Odisha’ portal where farmers can update their data to avail the government programme benefits and get expert advice.

Another portal ‘Go-Sugama’, which will act as a single window platform, was inaugurated for farmers and agriculture entrepreneurs.

Farmers from different parts of the State also thanked the Chief Minister for working towards the development of farmers and agricultural sector.