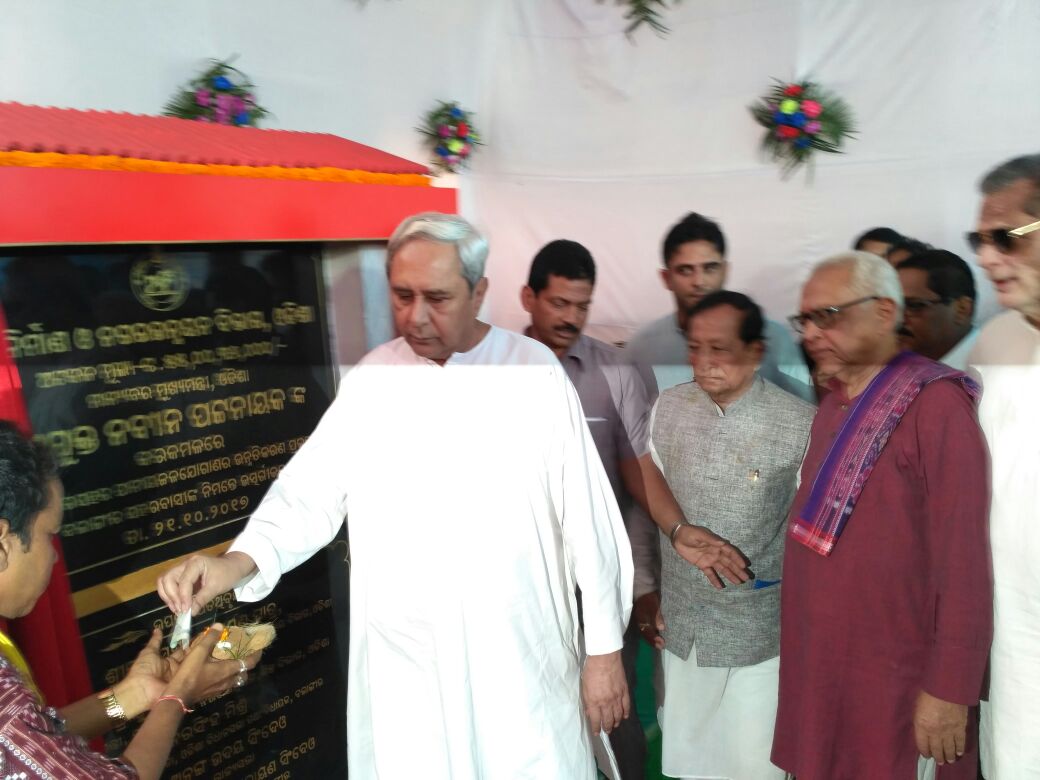 Balangir: Odisha Chief Minister Naveen Patnaik inaugurated a newly constructed building for the Government Medical College and Hospital (MCH) and laid foundation stones for a number of welfare projects during his one-day visit to Odisha’s Balangir district on Saturday.

The CM dedicated a 125-bedded Maternal and Child Hospital (MCH) on the premises of the District Headquarters Hospital (DHH) to the people of the district.

He also inaugurated a drinking water project near the Circuit House aimed at catering to the needs of the public here and solve the plaguing problem of drinking water supply.

“I am very glad to have inaugurated the water project which will provide water for Balangir town,” Patnaik told reporters here.

Later he addressed the public at Koshal Kala Mandal venue before leaving for Bhubaneswar.

The district administration and police has made elaborate arrangement for the security of the CM’s visit.

As many as 40 Congress and BJP activists were detained by the police anticipating they will create law and order issues during Patnaik’s visit.