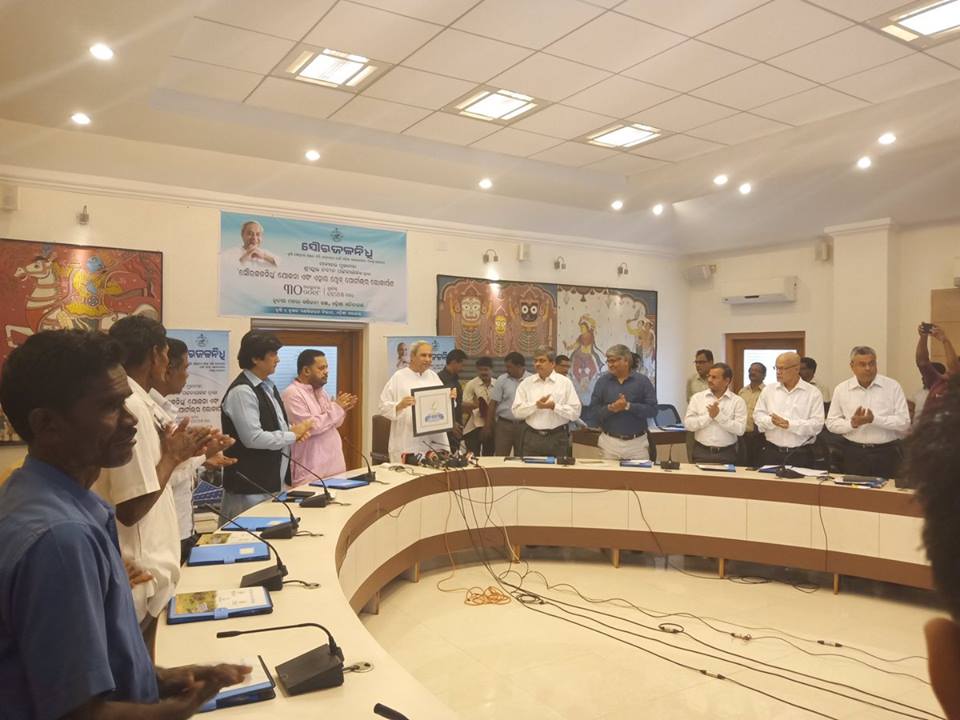 Bhubaneswar: Odisha Chief Minister Naveen Patnaik launched the ‘Soura Jalanidhi’ scheme and its web portal at the state secretariat here today with an aim of encouraging use of solar energy in agriculture.

Under the scheme, farmers residing in those areas where there is lack of electricity will be provided with 5,000 solar pumps which would irrigate 2500 acres of land. The solar pumps will be given to the beneficiary farmers at a subsidy of 90 per cent.

“I am extremely happy to launch today ‘Soura Jalanidhi’ scheme for our farmers. I hope our farmers will reap the benefits of this scheme and script success stories,” the Chief Minister said.

The state government has taken the initiative to promote solar photovoltaic pump sets in areas which are unserved and underserved by electricity connectivity with the aim of increasing the irrigation potential and cropping intensity in the state, an official statement said.

The government has also made a provision of Rs 27.18 crore for the scheme in the 2018-19 financial year.

The scheme will generate employment of 1.52 lakh man-days per annum with 300 per cent cropping intensity, the opportunity for providing livelihood support to 5,000 families and will reduce the carbon footprint.

Farmers belonging to the small and marginal categories having a minimum of 0.5 acre cultivable land holding and a dug well will be covered under the programme, the statement added.