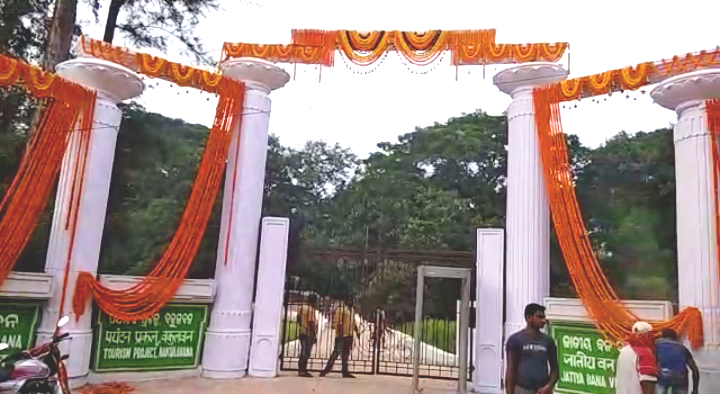 The university would help promote and propagate Odia language across the country. It will offer PG courses in Odia language and literature as well as facilitate research on different aspects of the language.

It may be mentioned here that Panchasakha (five friends)- Gopabandhu Das, Krupasindhu Mishra, Harihar Das, Pandit Mishra and Nilakantha Das- had set up Bakula Bana Vidyalaya, the first model open school of the State at Sakhigopal in 1909. Now after around 109 years, the State Government going to set up Odia University in the same place.

Earlier in the day, the CM offered floral tribute to the Panchasakha and planted saplings at Bakula Bana. Water and soil were brought from 30 districts of the State for the plantation programme.

Meanwhile, elaborate security arrangements were made in the area for the CM’s programme. Sources said 91 officers and 18 platoons of police force were deployed in the area to maintain law and order and avoid any untoward incident during the programme.

Among others, Panchayati Raj Minister Pradeep Maharathy, Revenue Minister Maheswar Mohanty and MP Pinaki Mishra were present at the event.