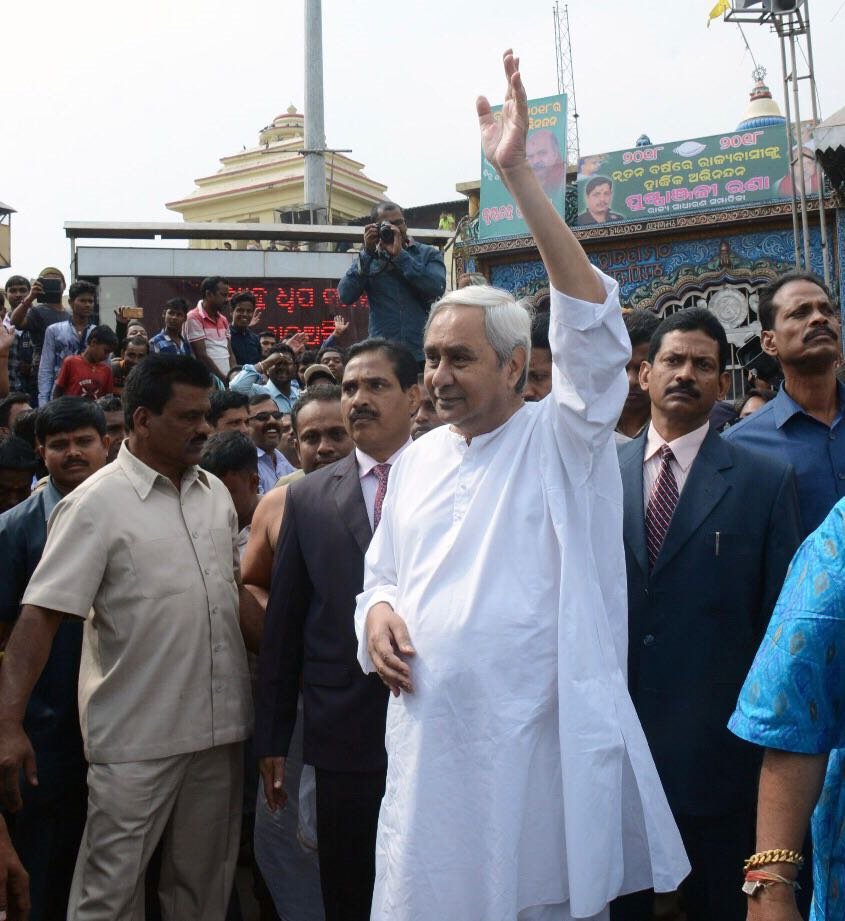 Accompanied by Bhubaneswar MP Prasanna Patsani and others, Patnaik reached the centuries old shrine Srimandir at around 11.30 am on the beginning of New Year seeking blessings for the State.

After offering prayer to deities at Srimandir, Patnaik said, “I wish everyone happy new year. I prayed in the temple of Lord Jagannath for well being, peace and prosperity of the people of Odisha.”

Early in the morning, Patnaik greeted Odisha people at his residence in Bhubaneswar. Thousands of his supporters and party workers gathered to have glimpse of their leader at Naveen Niwas.

He visited Puri amidst huge crowd who thronged the shrine to have darshan of Lord Jagannath on the beginning of the New Year.

On eve of New Year, Patnaik wished people of the state for a prosperous new year.

Taking to micro blogging site Twitter, he wrote: I wish all of you a very happy new year and wish everyone’s lives are filled with happiness, peace and prosperity in the new year of 2018. Jai Jagannath.

Puri Srimandir to remain closed for 9 days this festive…