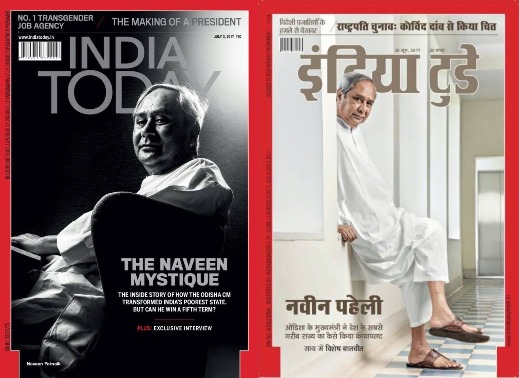 Bhubaneswar: Odisha Chief Minister Naveen Patnaik has been able to keep the national and regional media guessing about his political moves all these 17 years for which he has remained an enigma for many.

This ‘mystique’ attribute has put him on India Today magazine’s cover.

The weekly attempts to decode his political acumen who has gained prominence from being a newbie to an astute politician.

Patnaik, who ostensively is averse to interviews and known for his curt responses, reveals the roadmap for transforming a bimaru state to a most favoured investment destination in the exclusive interview for the periodical.