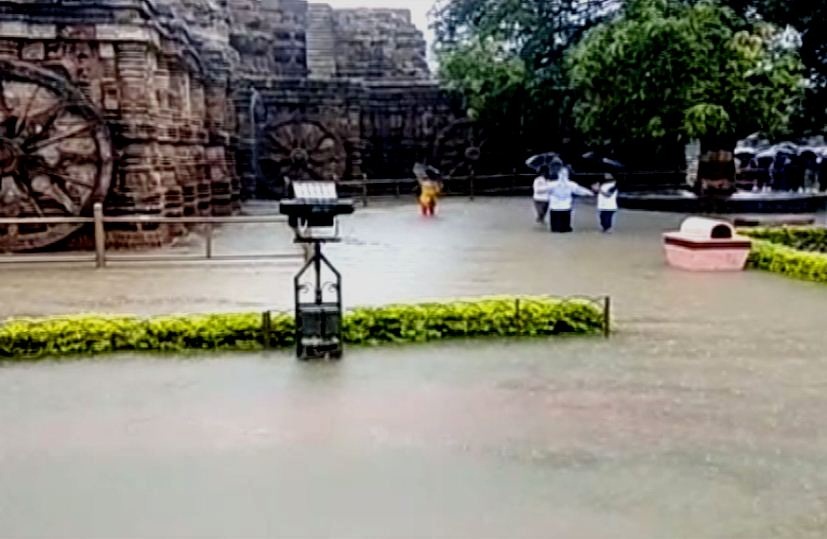 The Chief Minister sought the personal intervention of Union Minister of State for Culture Mahesh Sharma to address the issue citing it causes much inconvenience to tourists.

“The Sun Temple is an exceptional testimony, in physical form, of the 13th century, under the reign of Narasimha Deva I (ad 1238-1264). This temple complex is now facing a perpetual problem of water logging which affects teh temple very much causing problems to the visiting tourists as well as hurting the sentiments of the people,” Patnaik said in a letter to Sharma.

He further said, “It is now imperative to take up the measures to drain out water from the temple premises for enhancing the longevity of the temple complex as well as to facilitate teh visitors to witness the glory and grandeur of the standing 13th century edifice. The Archaeological Survey of India – the custodian of the temple may be asked to take up immediate steps for proper drainage of water on a permanent basis.”

The government of India would take necessary measures immediately to save this magnificent pride of our culture and heritage, the CM urged.

Patnaik also said his government would be extremely keen to take up the drainage work, if Archeological Survey of India gives due permission. “However, what is important is that the flooding problem that poses threat to this World Heritage Monument is immediately attended to and a permanent solution is found,” Naveen wrote.

After onset of the monsoon, a majority of the tourists, who had come to have a close look of the Black Pagoda, the epitome of architectural excellence of Odia artisans were left disappointed, some were seen wading through knee-deep water to have a close look at the sculptures of the 13thcentury monument.

Several tourists expressed their displeasure since they could not dare to visit the monument due to water-logging and fear of snakes etc despite buying tickets.

Locals were of the opinion that water-logging at the Sun Temple during rains has been a regular feature for the last decade or more.