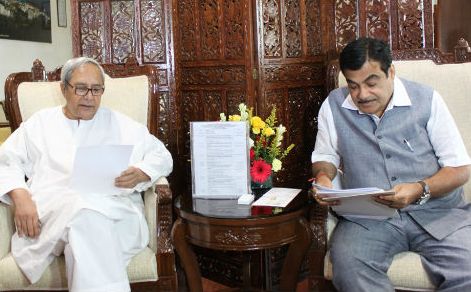 Citing the area is getting inundated during rains resulting severe disruptiuon of road traffic and damage toparked vehicles, Naveen in a letter to Gadkari, said the issue should be addressed resolved quickly as the situation is getting bad to worse.

“Occurence of such ponding of rain water for such long periods has been observed from days of construction of the solid high embankment of the National Highway without providing adequate discharge points and ventages,” Naveen wrote to Gadkari.

The CM further said, “Constructing soild high embakments instead of viaducts aggravates the drainage issues by concentrating the rain water into the valleys.” “Similair situation is also occurring near Jaydev Vihar Square, Rasulgarh, Palasuni and Pahala on NH-16”.

He blamed the National Highways Authority of India (NHAI) authorities for not taking enough measures despite being intimated about the concern many times.

“NHAI authorities have been requested to construct a drain along teh service lane from Iskcon area to Vani Vihar for smooth discharge of the rain water and provide similiar provisions near Rasulgarh/Palasuni and Pahala on NH-16,” Naveen stated in his letter.

On the other hand, the Bhubaneswar Municipal Corporation (BMC) had decided to construct seven new drains in different parts of the city to tackle waterlogging during the monsoon.