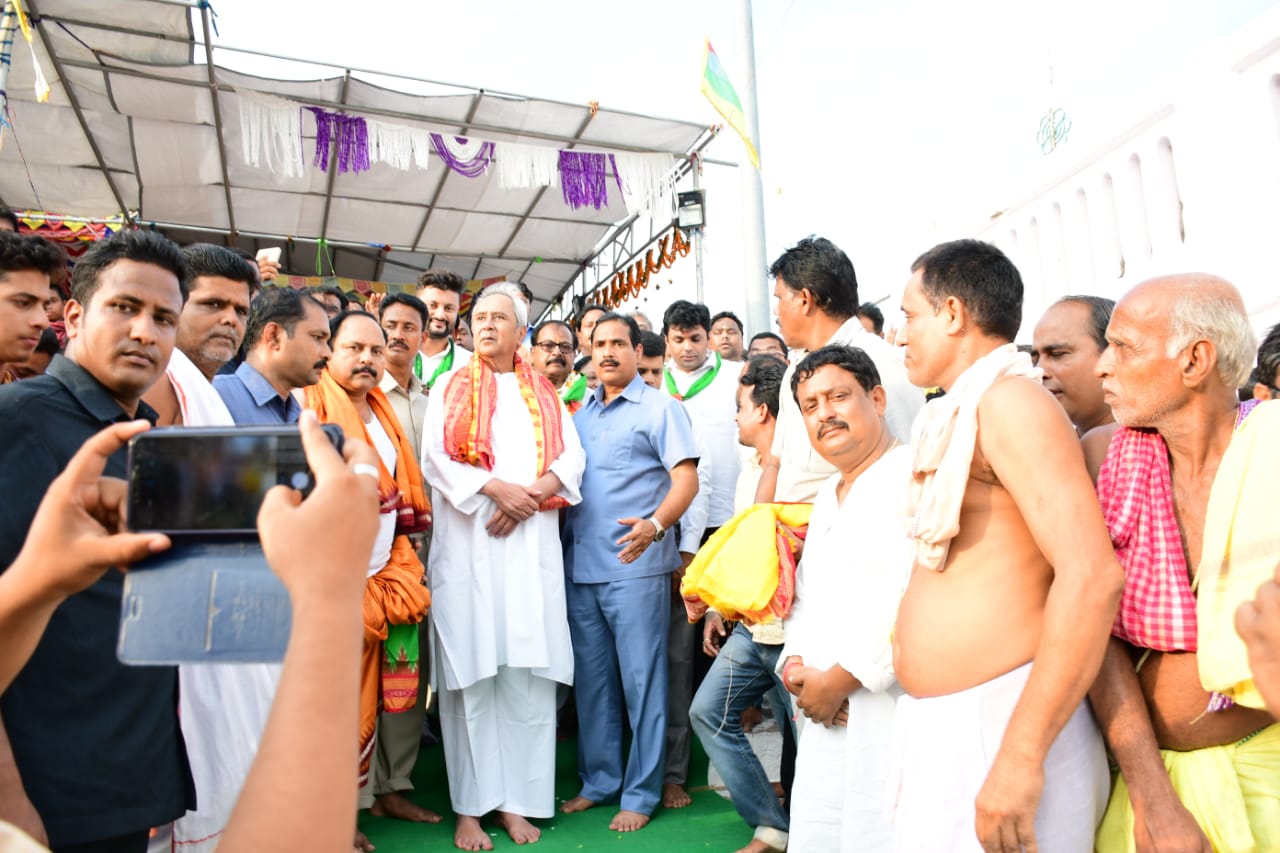 During his visit to the district, Patnaik visited the famous temple of the Lords. He announced developmental projects worth Rs 2 crore. The projects include infrastructural development of the temple and its vicinity.

This is Patnaik’s first visit to the district post simultaneous polls in the state. The visit of the Biju Janata Dal (BJD) supremo assumes significance keeping in view the Patkura assembly segment by-poll necessitated due to demise of BJD candidate Ved Prakash Agrawalla.

The BJP had fielded Bijoy Mohapatra from this segment. All eyes will be on the poll outcome as it is heading for a tough contest.