Odisha CM wealthier by only Rs 1 lakh in one year! 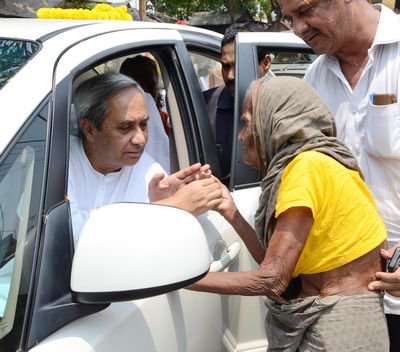 Bhubaneswar: Blame it on slow GDP or demonetisation, Odisha Chief Minister Naveen Patnaik’s assets including immovable properties rose by only Rs 1 lakh in a year.

While movable properties of Patnaik including bank deposits, jewelries and his old Ambassador car were valued at Rs 26,87,637.29 as on March 31, 2017, the valuation of his immovable assets — farm land measuring 22.7 acre and building situated at Tikrikhera village in Faridabad, Naveen Niwas in Bhubaneswar and property situated at APJ Abdul Kalam Road in New Delhi — worth Rs 48,95,34,000 as on March 31, 2014.

He availed Rs 15 lakh as loan from his sister Gita Mehta that he has not yet returned.

Here is the declaration of his properties in 2017

Apart from CM, his four ministers in the cabinet — Pradeep Maharathy, Maheswar Mohanty, Bijayshree Routray and Damodar Rout — are in the crorepati list.

The properties of Minister Pradeep Maharathy rose by Rs 4.10 lakh in six years. His own assets were valued at Rs 2.75 crore while his wife, who is a lecturer by profession, has assets worth Rs 1.33 crore.

Ministers Damodar Rout and Bijayshree Routray’s properties also increased in the past one year. They became richer with assets worth crores.