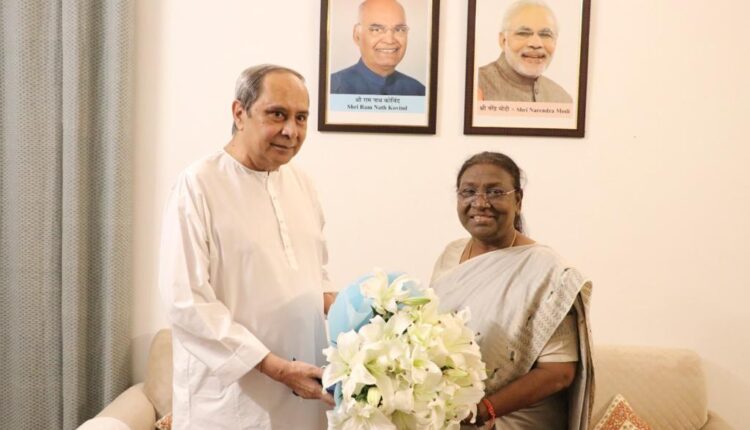 An official source said that the CM Patnaik met the President-elect Murmu along with BJD MPs. Patnaik congratulated her on thumping victory in the Presidential Election.

Briefing mediapersons after his meet, Patnaik said, “I conveyed my good wishes to the President-elect and ‘daughter of Odisha’ Smt Draupadi Murmu. I feel immensely happy that Murmu has been elected as 15th President of the country. I will remain present during her swearing-in ceremony.”

Notably, Murmu will take oath of ‘office and secrecy’ in Central Hall of the Parliament.