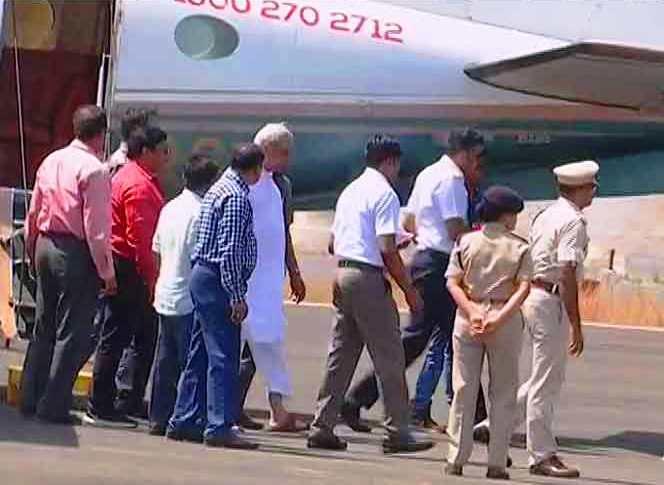 As per reports, instead of Lanjigarh, Patnaik’s chopper made an emergency landing at Jeypore airstrip. Bad weather is stated to be the reason behind the diversion.

The CM was scheduled to go to Rayagada in a helicopter after arriving at Lanjigarh. As per latest reports, Patnaik is currently taking rest at Jeypore.

Meanwhile, a clarification from the Chief Minister’s Office (CMO)  stated that due to bad weather, the CM’s aircraft could not land at Lanjigarh and hence diverted to Jeypore.

“CM will leave for Raygada shortly by chopper and attend the scheduled programme one hour late. The report of emergency landing at Jeypore is totally baseless,” the clarification added.