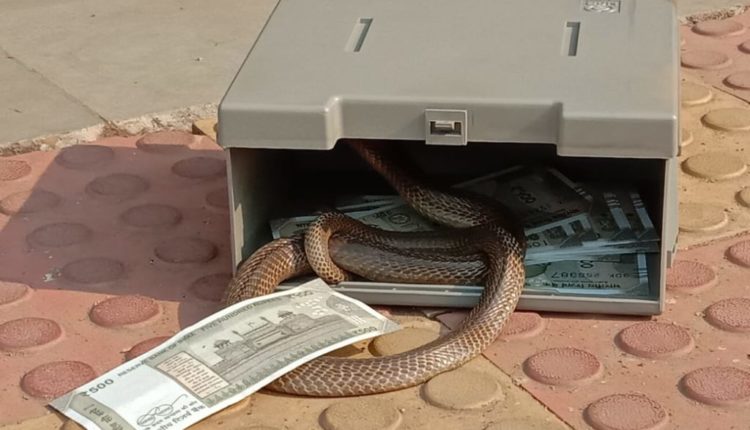 Jharsuguda: Customers at an ATM counter in Brajarajnagar area of Jharsuguda were in a panic mode after an Indian Cobra was recovered from the cash tray inside the kisok this morning.

However, the snake was found dead.

Sources said the 5-feet snake had entered an ATM of State Bank of India (SBI) near Tarini Temple Square in Brajarajnagar last night. When staff of a cash management agency reached the kiosk for a refill, they spotted the reptile inside the cash tray. They later informed the bank staff about it.

Today morning, snake catchers came and recovered the dead snake from the ATM in presence of the bank staff.