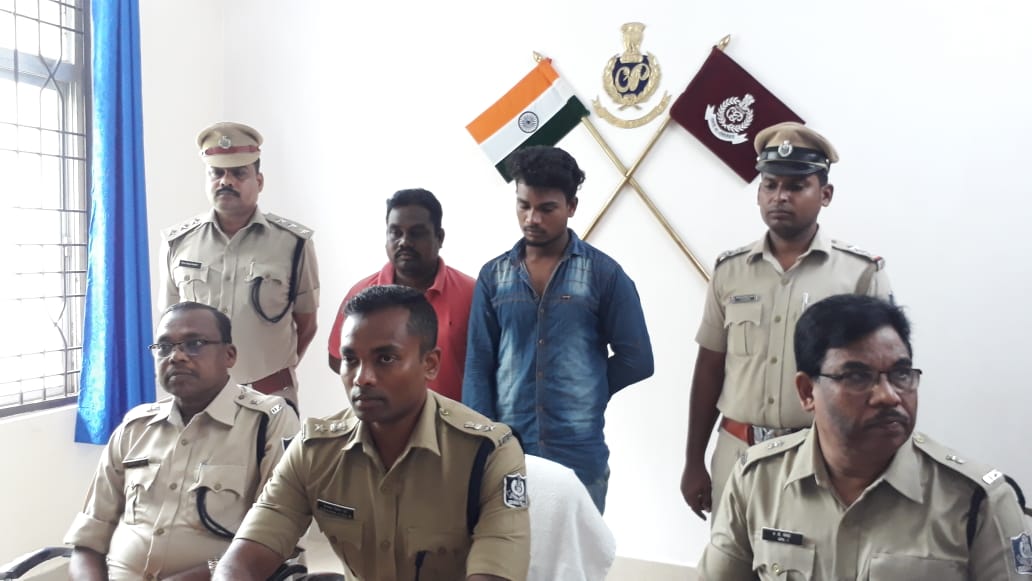 Rayagada: Rayagada police cracked the murder mystery of a college student with arrest of five accused persons including three juveniles in the district.

The two are booked under sections 302 and 34 of IPC on charges of murder.

Bidika and Pawan Kalyan with three juveniles were apprehended on Wednesday night and all of them have confessed to crime, the Rayagada police said in a release.

The evidences against them will be put before the concerned court here today.

The investigation began after a college student namely Mahadev Suresh Kumar aged about 18 years, son of Mahadev Satya Rao of 6th Lane Kasturi Nagar, was found dead on the veranda of a shop located at 1st Lane of the same locality on June 16.

During the course of probe after verifying the CCTV footage, it was confirmed that it was a murder case with involvement of more than four persons over a love affair.

The incident was an outcome of a love dispute between one juvenile and the deceased Suresh Kumar with the same girl, the release stated.

The police said that Suresh Kumar, the student of Rayagada College was in love with a girl, upon whom one juvenile was also in love. The prime juvenile accused along with his associates Bidika and Pawan Kalyan and two juveniles took Suresh to an isolated place following heated argument on June 15 night. He was severely beaten up on his head and stomach following which he became unconscious. They dumped him at Kasturi Nagar 1st Lane and fled from the spot. The seriously injured Suresh later succumbed.

Tenure of Odisha contractual doctors to be extended by two years