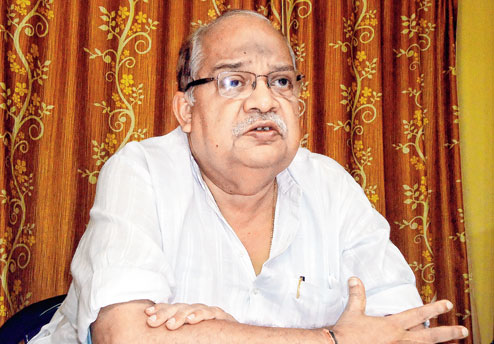 Bhubaneswar: People from all walks of life expressed shock and grief over the demise of Former Minister Bijayshree Routray today afternoon. Political fraternity in the State mourned the death of Routray.

Chief Minister Naveen Patnaik said, “I am deeply saddened with the demise of Senior BJD leader and Former Minister Bijayshree Routray. His demise is an irreparable loss for the party. He will be remembered forever as a people’s representative for his people-oriented works. I pray for eternal peace of the departed soul and express sympathy towards the bereaved family.”

Union Minister Dharmendra Pradhan expressed grief and stated, “Routray’s contribution towards the politics will be remembered always. I pray to God for the peace of the departed soul and convey heartfelt condolences to the bereaved family members.”

Former Union Minister and Hotelier Dilip Ray in a social media post stated he has been deeply disturbed by the demise of Bijayshree Routray, his maternal uncle.

“As a person he was very humble and helpful, the imprints of which can be seen throughout his public life. In every role that he donned in life, he left a mark on everyone,” wrote Ray.

OPCC Chief Niranjan Patnaik expressed sadness and wrote on Twitter, “The passing away of former minister, Shri Bijayshree Routray is a huge loss to Odisha’s political and public life. May Lord Jagannath grant peace to the departed soul. My condolences to his family and friends. Om Shanti!”

Minister Pratap Jena condoled Routray’s demise and called him a friendly and helpful leader, and a social activist.

Bijayshree Routray passed away today afternoon while undergoing treatment at a private hospital in Bhubaneswar. He was 67.

Odisha pegs losses due to Cyclone ‘Yaas’ at Rs 610 cr