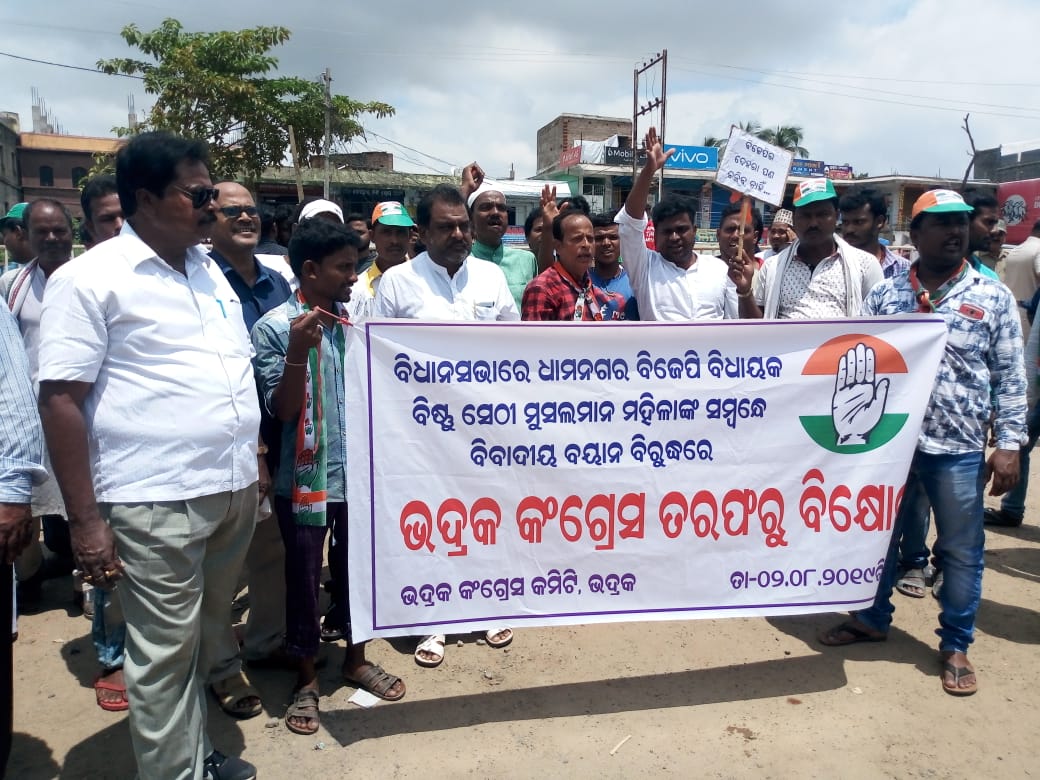 Holding banners and placards, thousands of Congress members and workers, including women took out a protest rally and later staged a demonstration in front of the Collector Office.

Meanwhile, police personnel have been deployed to avoid any untoward incident during the protest.

Patnaik said, “BJP leaders have a mean mentality towards women fraternity”. In the recent past, a leader of the party had stated that Odisha women are involved in flesh trade in Surat. BJP leaders are repeatedly giving such derogatory remarks. They should learn how to pay respect to women.”

“Sethi must tender apology in the House for this. Otherwise, Congress will launch a statewide protest in coming days,” he added.

During Zero Hour in the state Assembly yesterday, Sethi said triple talaq victims are being forced into prostitution and found in red light areas in cities like Delhi and Mumbai. His statement created an uproar in the House.