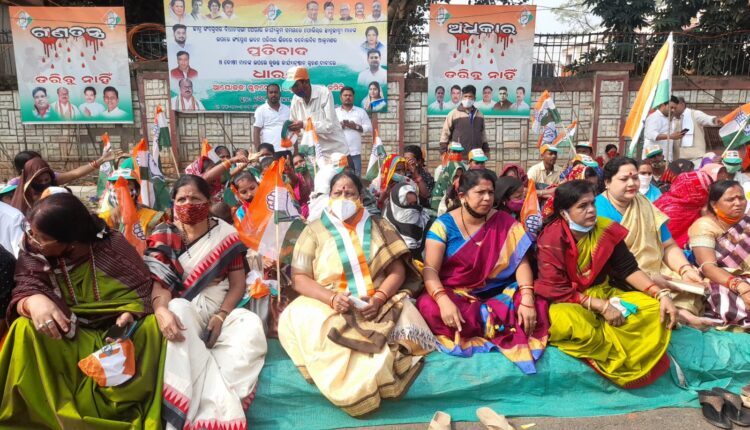 Bhubaneswar: Protesting the lathicharge by police during a protest by members of Odisha Congress’ student wing at Sachivalaya Marg here recently, hundreds of party leaders and workers today gheraoed DCP offices in Cuttack and Bhubaneswar today seeking action against the erring cops.

Similarly, the party workers, including women staged demonstration in front of SP offices in all districts, on the direction of Odisha Pradesh Congress Committee (OPCC) President Niranjan Patnaik.

On December 10, police personnel had lathicharged agitating Chhatra Congress workers when the latter tried to enter the Assembly premises while protesting over the sensational Mamita Meher murder case. Besides, the cops barged inside Congress Bhawan and beat up party workers there. Few protesters suffered injuries in the lathicharge with one of them left with a severe head injury.

Demanding suspension of the erring cops and a judicial inquiry into the incident, Congress members and workers led by MLA Sura Routray, Chhatra Congress President Yashir Nawaz and OPCC former President Jaydev Jena sat on a dharna in front of the DCP office here. They also sought an apology from the DCP.

Stating that police excesses on Chhatra Congress members will not be tolerated, the protesters threatened that they will intensify their stir in coming days if their demand is not met at the earliest.