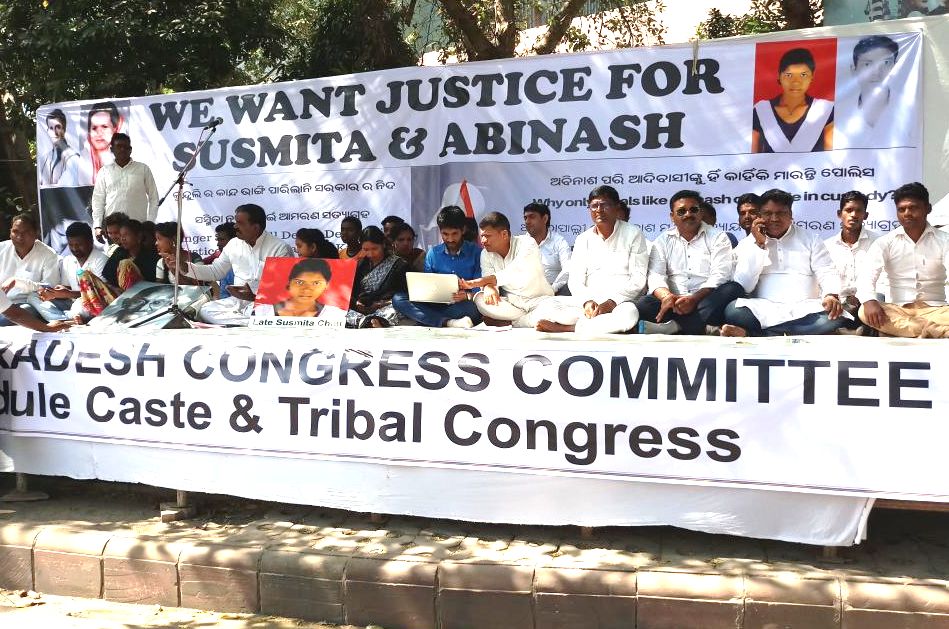 Koraput MLA and Chairman of Congress Scheduled Caste Cell Krishna Chandra Sagaria and former MP Pradeep Majhi along with the parents of the victim were sitting on dharna in the national capital.

The Congress leaders came down heavily on Chief Minister Naveen Patnaik alleging the State government has failed to give justice to the family members of the minor girl who committed suicide after continous harassment by the authorities.

“We demand CBI probe as the State government’s police and Crime Branch may go to the any extend to hush up the probe. She was forced to commit suicide for failing to get justice,” Sagaria told media. He also said the party would give a memorandum to the President Ram Nath Kovind, seeking his intervention for CBI probe into the case.

The family members too slammed Naveen Patnaik for not speeding up the probe process even after he ordered to hand over the investigation of the case to a Special Investigation Team (SIT).

Notably, a minor tribal girl of Sorisapadar village of Kunduli in Koraput district, who was allegedly gang raped by a group of security personnel on October 10 last year when she was returning from Kunduli market near the village in Koraput district, committed suicide at her house on January 22. The incident had triggered massive public outrage across the state

FIR against Raveena Tandon for shooting inside Odisha’s Lingaraj temple