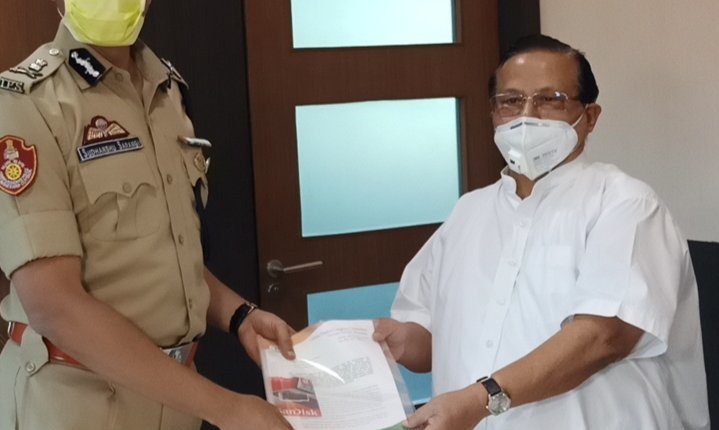 In his complaint handed over Police Commissioner Sudhanshu Sarangi, the OPCC Chief said the program aired by the accused during a show on the news channel on April 24 has brought disrespect to the members of Congress party. The accused indulged in character assassinations of senior leaders of the Congress party, it read.

Patnaik further mentioned in his complaint that the programme aired by the accused does not have any substance and all the charges are far from truth.

“From the contents and visuals of the video it is clearly transpired that the accused has hatched a criminal conspiracy to spread hatred between the followers of the national political party, Hindu community and other religions with the sole motive to disrupt the harmony of the society by airing distorted facts,” the complaint read.

Earlier in the day, Students’ wing of Odisha Congress filed a complaint against Goswami at the Capital police station in Bhubaneswar for his defamatory remarks against Sonia Gandhi.

Worth mentioning, two sadhus and their driver were lynched in Gadchinchle village in Palghar district of Maharashtra on April 6, 2020. Investigation to the case is on. But the programme aired by the private news channel on April 21 has created displeasure among the Congress leaders.

Tips for protecting eyes while working from home on computer