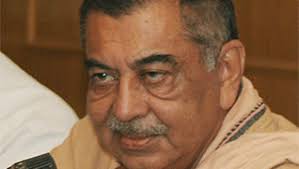 Bhubaneswar: Veteran Congress leader and its candidate for the Dhenkanal Lok Sabha seat, K P Singhdeo, has been admitted to a private hospital here after feeling unwell during a marathon campaigning for the ongoing elections.

The 78-year-old scion of the erstwhile royal family of Dhenkanal is currently undergoing treatment at Apollo Hospital here.

His condition is fine now and will be discharged soon, said the politician’s son Amarjyoti who is present at the medical.

The Congress has fielded Singhdeo again after denying a party ticket to him in 2009 and 2014 elections. He had unsuccessfully contested from the same seat in 2004.