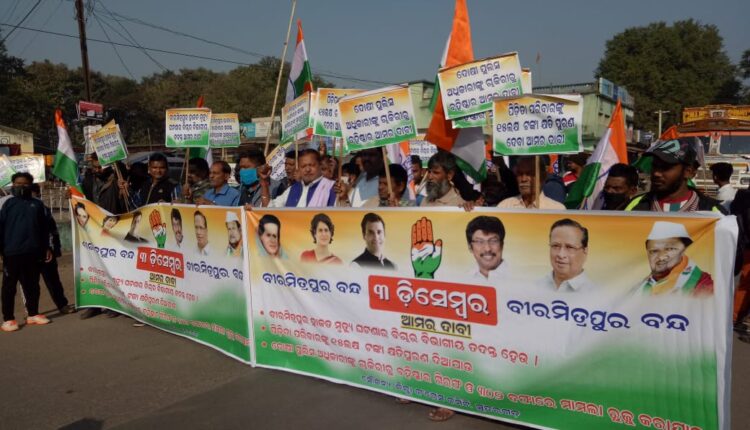 The vehicular traffic on the National Highway No. 143 was hit and shops were closed due to the shutdown by the Congress in the morning.

A team of protestors led by former Biramitrapur MLA George Tirkey picketed the shops at a market complex.

The district unit of Congress demanded major reshuffle in Biramitrapur Police Station, suspension of police officials involved in the custodial death, arrest of the accused police official and Rs 15 lakh compensation for the kin of the deceased.

The protest will continue till 6.00 pm.

The death of a youth in police custody in Biramitrapur had sparked tension with locals laying siege to the police station last week.

According to report, the victim identified as Md Tariq Salim, a resident of Karbala Road area in Biramitrapur town, was detained in connection with abduction of a businessman Pradeep Kundu. He was reportedly taken into police custody from Simdega district of Jharkhand on Nov 25.

Source said that the youth was taken to different locations during probe into the kidnapping case. In the course of investigation, he was allegedly tortured following which his health condition deteriorated. He was rushed to Rourkela Government Hospital (RGH), where he was declared dead on Nov 26.