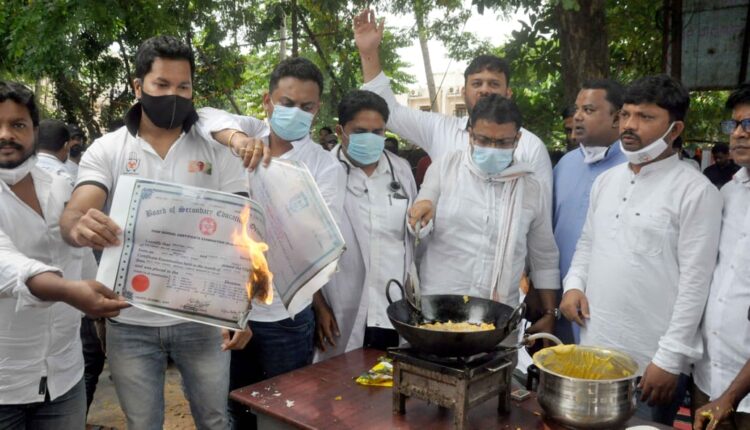 Bhubaneswar: Even as wishes poured in from different quarters across the country for Prime Minister Narendra Modi on his birthday, Odisha Congress is observing the day as Berojgar Diwas (National Unemployment Day) today.

As a mark of protest against the Modi Government on his birthday, members of Congress students’ wing sold Pakodas on roadside at Master Canteen here. Similarly, the party’s youth activists led by PYC President Smruti Ranjan Lenka and state In-charge Riyazul Ansari polished shoes and sold Pakodas in front of Directorate of Employment and Employment Mission Odisha here today.

“The picture of unemployment has worsened in the last seven years. More than 60 lakh people of the state have migrated to other states for work. The Government has completely failed as development of the state has limited to words only,” said a protesting youth activist.