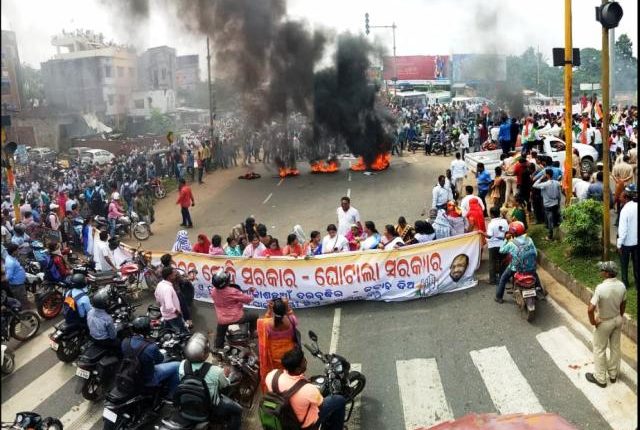 Led by Congress leader Mohammad Mokim, party workers blocked the NH at Gopalpur Chhak by burning tyres and staged demonstration. The party alleged that the the Central Government has failed to keep the fuel prices under control.

Hundreds of vehicles remained stranded on both sides of the road due to the blockade. On being informed, police recahed the place following which the blockade was lifted.