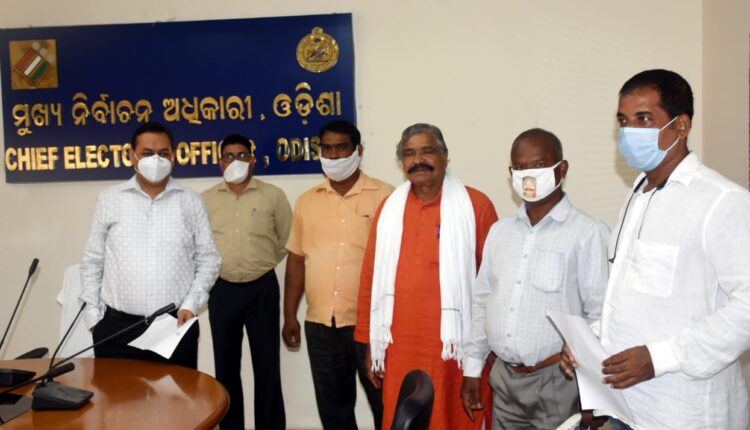 Bhubaneswar: Ahead of bye-election to Tirtol Assembly seat, Congress sought transfer of Jagatsinghpur Collector Sangram Keshari Mohapatra for free and fair election in the assembly constituency.

Senior Congress leader Suresh Kumar Routray along with his supporters today met the Chief Electoral Officer (CEO) and submitted a memorandum urging him to appoint a new collector in Jagatsinghpur district replacing Mohapatra for conducting bypoll in Tirtol.

In the memorandum, the Jatani legislator cited that Mohapatra belongs to a family that strongly supports the ruling Biju Janata Dal (BJD) in Tirtol.

Raising doubt over holding of by-poll in fair manner, Routray said that Mohapatra is the son of Sarat Chandra Mohapatra, who was a local leader of Janata Dal and was elected as Sarpanch of Sankheswar Gram Panchayat during the period 1992 and 1997.

The Congress party assumed that the Collector’s political background and his family’s political inclination towards BJD may influence the voters in a big manner in the by-poll scheduled on November 3, 2020.