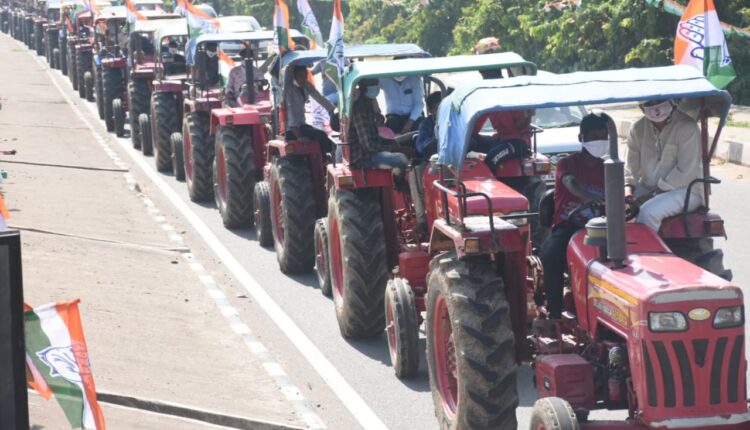 The tractor rally was taken out at 9 AM from Congress Bhawan in Bhubaneswar to Cuttack. The rally later reached the party office at Shaktinagar via Dhakulei Temple, 42 Mouza and Press Chhak in Cuttack city.

Along with Chellakumar, PCC President Niranjan Patnaik, Senior Congress leader Narasingha Mishra and many others joined the protest.

The Parliament passed three farm bills in September following which President Ram Nath Kovind gave assent to the bills making them as laws.