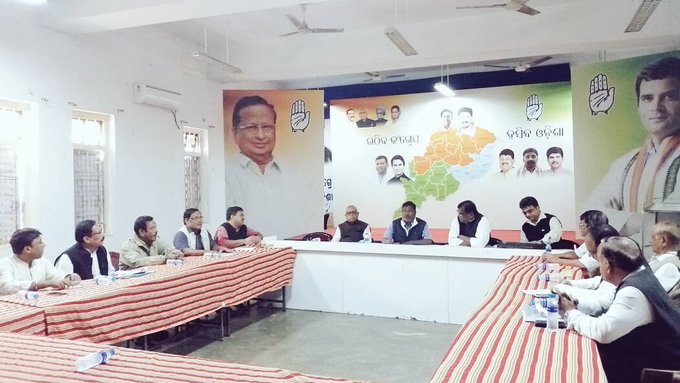 Bhubaneswar: The Odisha Congress has embarked on a mission to find out reasons behind the poll debacle in the state. Panels will be formed to probe in-depth the reasons behind the defeat of the Congress candidates in the recently-concluded Lok Sabha and Assembly elections.

The age-old party slipped to third position in the state with winning only nine Assembly seats one seat in the Lok Sabha.

Several leaders of state unit of the party attended a meeting at Congress Bhawan here and decided to form six sub-committees to analyse the poll performance. Each sub-committee will have five members.

According to a senior party leader who attended the meeting said Congressmen will visit all the thirty districts in the state to talk to people and interact with local leaders to know what went wrong for the party in the last elections.

The committee will probe the reasons for the defeat of the Congress candidates and what should be done to strengthen the party organisation in the state, said a Congress Spokesperson.

Notably, several senior leaders including PCC President Niranjan Patnaik, who had contested from two seats, were defeated with huge margin of votes in the polls.