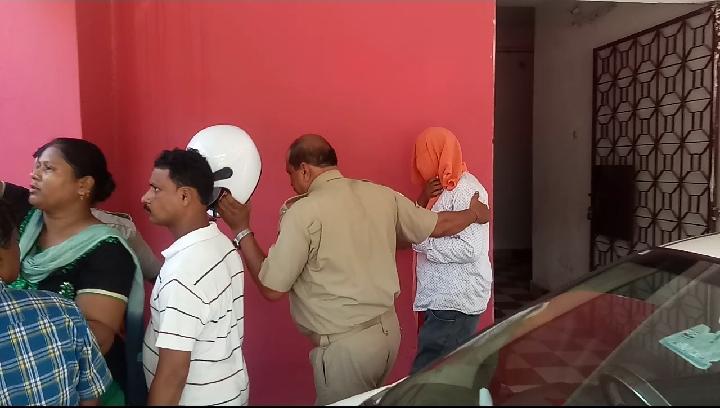 Balasore: The Special Task Force (STF) of Odisha Crime Branch today arrested a Havildar posted at Bicharganj Police Outpost in Balasore Town for his alleged link with a notorious drug peddler. Two days ago, the Havildar, Ranjan Sahu, was suspended from his service by the SP following the allegations.

However, Constable Pradeep Dey, who is also an accused in this connection is absconding. The duo allegedly tipped off the drug peddler SK Raja minutes before conducting a raid.

Today, a STF team arrested the accused Havildar for his alleged involvement with Raja, who was earlier nabbed on September 15. The cops later produced Ranjan before the District Judge and Sessions Court, from where he was later sent to custody.

Worth mentioning Raja had direct contact with drug mafia in Bangladesh. Several criminal cases, including extortion and firing are pending against Raja at different police stations across the state.

On September 15, a STF team had arrested Raja from Padmapur under Khandagiri police limits in Bhubaneswar. The cops had also seized Rs 1 lakh cash, a pistol, six mobile phones, ATM cards and other incriminating materials from his possession.