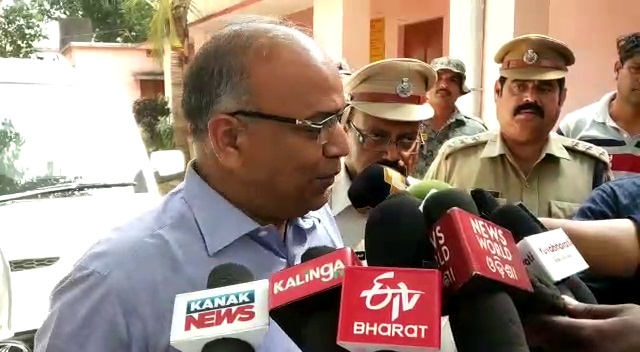 Bhubaneswar: A youth, who was handed over to police by the locals in Khordha area on suspicion of having links with left-wing extremists, is not a Maoist, cleared Odisha police here today.

The youth identified as Suresh Panharia is the resident of Boden block of Nuapada district and he works as a labourer in a brick-kiln in neighbouring State of Andhra Pradesh. He has no links with the Maoists, informed Central Range IG Soumendra Priyadarshi.

“The initial probe following interrogation and verification suggested that the suspected youth is not a Maoist,” he said adding that Suresh along with his two associates was trying to hide in an unidentified location.

“After the incident was reported in media, we had sent a team of police to the spot. The items including a blanket and container recovered from the site are all necessary for a common man. However, further verification will be continued into the incident,” he said.

A person belonging to Malkangiri or Nuapada cannot be always considered as a Maoist. As the youth belongs to Nuapada and he was not speaking coherently, the locals suspected him to be a Maoist, Priyadarshi told media reporters.

He also cleared an air on combing operation launched in Gajamundia forest.

He said that a team of trained police personnel was sent to the area for investigation.

Notably, the suspected youth was caught by the locals while he was buying some grocery items from a local market at Deuli village in Gajamundia forest under Begunia police limits yesterday.

They later handed over the youth to the police.

Initial reports said that the youth was cooking for the Maoists.