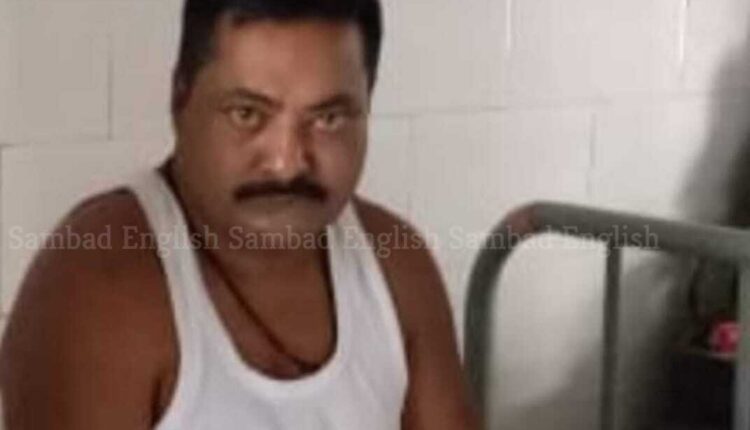 Cuttack: Even after more than 48 hours, the Odisha Police is clueless about the whereabouts of gangster Sk Hyder who escaped from SCB Medical College and Hospital in Cuttack on April 10 afternoon where he was undergoing treatment under the jail custody.

As per a complaint filed by Jail Guard Md. Mousim at Mangalabag police station in Cuttack, Hyder’s son, brother, nephew, brother-in-law and son-in-law used to visit the gangster at the Cabin no-5 frequently and talked to him following his admission at the hospital.

Mousim further stated at round 4:30 PM on April 10 when he was on the duty to guard Hyder, relatives of the life convict came closer to the complainant and threw a poisonous substance. Subsequently the complainant fell unconscious.

When Mousim regained consciousness, he along with other jail guards searched for Hyder. But the jail guards failed to locate the prisoner, the complaint stated.

Apart from Mousim, five other jail guards were engaged by the Sambalpur Circle jail to keep a watch on Hyder. The complainant said the jail guards were working on rotation to guard the gangster.

Worth mentioning, the Odisha Police has been a worried lot after the gangster and life convict Hyder escaped from the SCB hospital on April 10 afternoon.

Twin City Commissioner of Police Saumendra Priyadarshi said a massive manhunt has been launched to nab Hyder. The SPs of different districts have been alerted as well about the matter and asked to remain watchful about the gangster and life convict.