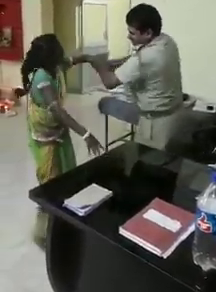 Sambalpur: A policeman was suspended today after he was seen brutally thrashing a woman in a video which went viral on social media.

Dronacharya Sahu, an Assistant Sub-Inspector (ASI) working at Rengali police station in the district has been placed under suspension by Sambalpur SP after the incident drew flak from various quarters.

Sources said the incident had happened way back in September, last year during the Ganesh Idol immersion procession but the video emerged today and went viral on social media and later became a headline in TV news channels in the State.

Meanwhile, further investigation into the incident is underway.