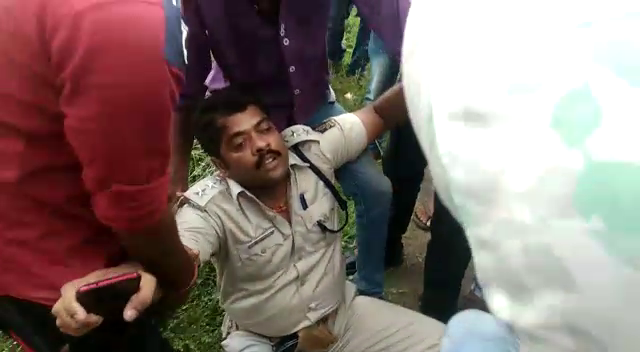 Balasore: Following high tension over the death of a minor boy inside a dhaba on Baliapal-Basta road in Balasore district, Inspector In-charge (IIC) of Baliapal Police Station Prabhukalyan Acharya  has been transferred with immediate effect.

It is pertinent to mention here that IIC Acharya was manhandled and thrashed by angry locals when he reached the area to probe the minor boy’s death. Later, a police team came to his rescue and dispersed the mob. The locals had also ransacked the hotel and staged a road blockade by burning tyres.

Worth mentioning, a minor boy identified as Bijaya Dalai of Bhogarai area, was found hanging from the ceiling of a dhaba near IDCO Chhak on Baliapal-Basta road yesterday morning.

Odisha MLAs give standing ovation to scientists for Chandrayaan-2 success

One dead, another critical as autorickshaw collides with car in Odisha