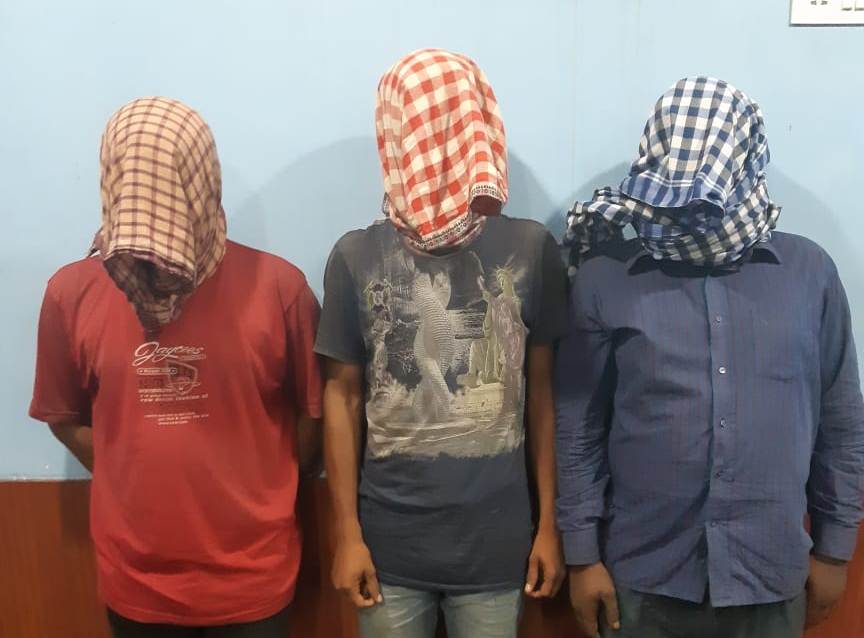 Upon written complaint by the businessman Shiba Sundar Das on June 8, Nayapalli police had launched a probe to nab the criminals.

As per police, the trio was involved in the incident where a city-based businessman was taken away at gunpoint while he was resting in his car outside his home. The miscreants forced the complainant into an SUV and moved towards Vani Vihar square followed by their accomplices in another SUV.

However, the vehicles met with an accident forcing them to abort their plan. They abandoned the two vehicles and fled the spot.

A 9-mm pistol and countrymade single-shot pistol were seized from one of the cars dumped to the miscreants.

Investigators stumbled upon evidence about the involvement of these accused who are veteran vehicle lifters.

Police arrested Padma lochan Nayak, Kalpataru Jena and Muna Barik for their alleged involvement in the incident. One Santosh Kumar Sahu has also been arrested for buying a stolen car.

The cops also recovered three stolen cars, two motorcycles and mobile phone of the complainant from their possession.

The gang was active in several districts. Several cases are pending against them in various police stations. Some other members of the gang are still at large. Efforts are on to nab them, police said.