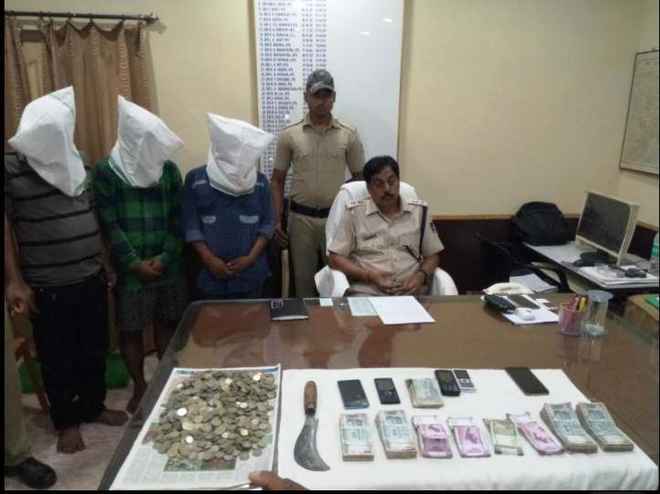 Odisha police today arrested three more persons allegedly involved in the loot of Rs 4,80,000 from a nationalized private bank earlier this month. With this the number of arrested persons have gone up to five. However, the prime accused is still at large.

The arrested have been identified as Manas Sandha, Sibaram Rout and Akash Behera.

Notably, four masked dacoits had robbed Rs 4,80,000 from the HDFC bank here and Rs 45,000 from customers at toy gunpoint at Siminai village under Dhenkanal Sadar police limits on April 13.

Police had earlier arrested two accused in this connection, identified as Soumya Ranjan Mati and Sujit Kumar Rout with seizure of two bikes and Rs 70,000 from their possession.

Though police have seized Rs 62,000 from the house of the prime accused of the loot Biswajit Behera,  they have failed to nab him as he remained elusive.