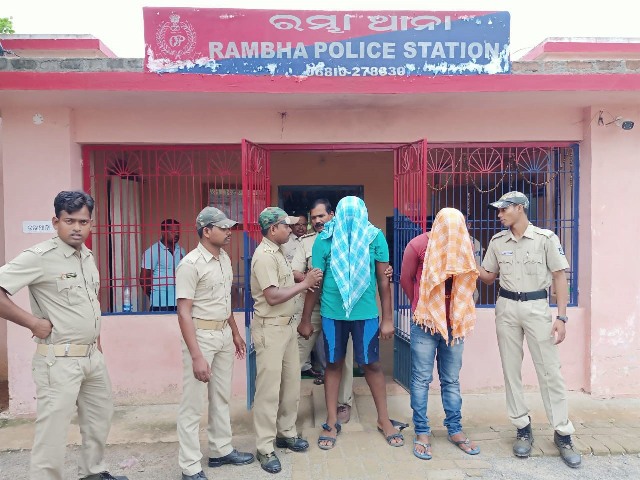 Berhampur: Rambha police cracked the mystery behind murder of a college demonstrator with arrest of two persons including a student.

The accused persons were identified as Janardhan Nayak alias Dana (prime accused), a resident of Madhurachua village, and Pradip Nahak, a +3 science student of Burudi village.

Both have been forwarded to the local court after arrest on Thursday.

According to reports, prime accused Dana had plotted a conspiracy to eliminate Aswini Mishra (50), who was the science lab demonstrator at the Jagannath College, suspecting him of having an illicit affair with his second wife. As Pradip was close to Aswini, Dana took advantage of the relationship. He motivated the student alluring him with Rs 1 lakh cash to kill the college demonstrator.

As per the plan, Pradip murdered Aswini by crushing his head with stone. The body was found from the roadside of Biruligada village near Panasapadia Sahukar pond under Rambha police limits on June 30 morning.

During probe into the case, the Rambha police first nabbed Dana and grilled him for three days. Later, they arrested Pradip from cricket ground during a tournament at his village. The police also seized two bikes used in the crime and Aswini’s two mobile phones from their possession.

However, two more accused persons involved in the murder case are still at large.

Odisha: Ganesh Puja at public places prohibited in this…