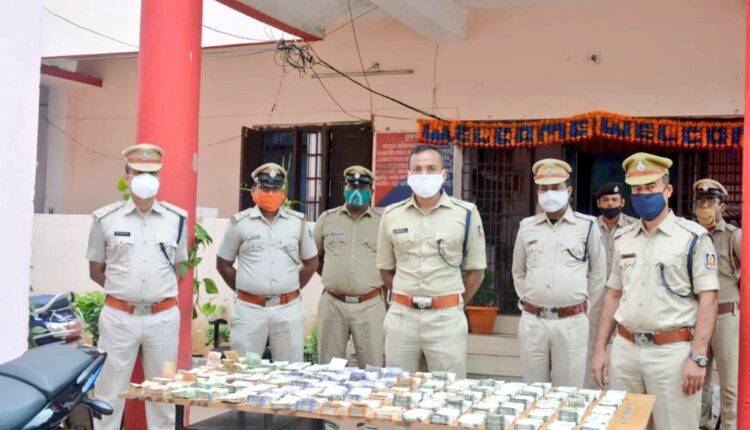 Rayagada: Rayagada police cracked a robbery case with recovery of a huge amount of cash and arrest of 4 accused persons today.

Police said that Anil, who works with a finance company, had looted around Rs 24 lakh along with his 3 associates.

On receiving information about alleged loot on August 10, Rayagada police formed a special team for investigation into the case. The team arrested 4 accused persons and recovered Rs 23,99,797 cash from them. The police also seized a motorcycle (registration number: OD 18 F 7518) used for the crime.

The investigation revealed that the finance company staff Anil, who was carrying the money, entered into the criminal conspiracy with his brother Bibek, and two aides Bapi and Sudhanshu and staged the robbery of cash amounting to around Rs 24 lakh.