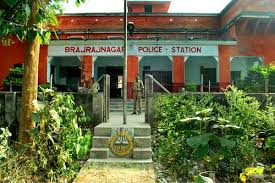 The arrested persons were identified as Guddu Singh, Shyam Sahis and Purna Sagar.

According to reports, around seven members of a dacoity gang were planning for a loot near Hiltop area in the town. While three were nabbed by the police, four escaped from the spot.

The Brajarajnagar police spotted around seven persons sitting at an open field near Hiltop Colony during regular patrolling on Thursday night. When they reached them for a query, the criminals fired two rounds of bullets on the cops. Chasing the dacoits, the police apprehended three while four managed to flee, said SDPO Nrupa Charan Dansena.

The cops seized one pistol, one live bullet and one empty shell of the bullets from their possession.

The three arrested persons confessed that they were planning for a dacoity.