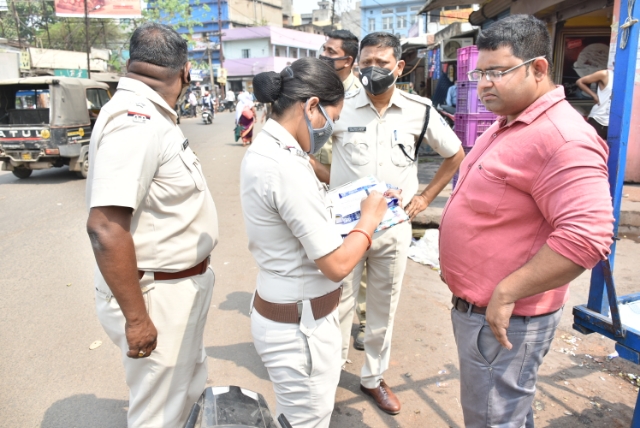 Bhubaneswar:  A day after Chief Minister Naveen Patnaik, in a video message addressing the people of the state, initiated 14-day ‘Mask Abhiyaan’, the Commissionerate Police (CP) formed special teams for strict enforcement of the same in the Twin City of Cuttack and Bhubaneswar.

Bhubaneswar DCP (Security) Nirmala Satpathy said around 20 teams have been formed by the CP to strictly enforce the mask-wearing norm in Bhubaneswar. The teams will be engaged for surveillance in various crowded places, including Market Building and other busy markets here.

“Wearing plain clothes , police personnel will conduct raids to nab violators of the norm and stricter action will be taken against them,” he cautioned .

In the last 24 hours, Odisha police acted against 12,145 violators of mask-wearing and social distancing norms and collected fine of Rs 38, 98, 250.

Odisha weather alert: Rain, lightning in these districts for 3 days

Rashmika Mandanna: I like surprising myself with different roles