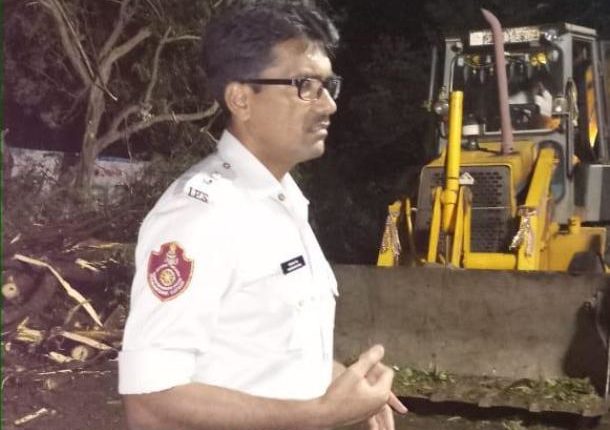 Cuttack: It seems Twin City Commissionerate Police are inching closer to make a headway in the sensational murder of an elderly couple here with the investigators zeroing on the suspects.

Even as the prima facie suggested that the elderly couple killed at their home for ‘dacoity’, the police attributed the murder to ‘personal enmity’.

As per initial investigation, the elderly couple, who was found murdered at their residence at Beleswar under Madhupatna police limits on December 12 night, was suspected to have been killed over personal enmity, not for dacoity, informed Cuttack DCP Akhilesvar Singh.

A four-member team has been formed to investigate into the sensational case, he said.

Sources said that police have obvious clues about suspected involvement of four miscreants reportedly from Berhampur area in the crime. The tenant, who had left the couple’s house recently, is believed to the prime suspect in the murder.

According to reports, Srinath Samal and his wife Bidyutlata Samal were residing alone at their home at Beleswar area. A youth, who was working as mason, was also staying at their house on rent since past two months. After a few days, Srinath’s wife expressed displeasure over the tenant’s behaviour and activities as several youth were visiting him at his room and staying with him. The couple had also talked to the mason in this regard, but went in vain. Later, Srinath had evicted the tenant from his house 10 days ago.

The police suspected that this incident might have led to murder of the elderly couple at their residence.

Reports said that Srinath Samal, a retired employee of Food Corporation of India (FCI), hails from Jajpur district. He had been staying with wife at Beleswar area in Cuttack since a decade. The last call Srinath’s wife had received from one of her daughters living in Patrapada area in Bhubaneswar.

Sources said that Bidyutlata had made talks over phone with her daughter Madhusmita at around 5.55 pm on December 12. She always talks to her daughter before going to bed every night. When Madhusmita called up her mother last night, she did not receive the phone. She informed it to her younger sister Sonali, who is staying in Bengaluru. The tensed daughter tried to contact her parents over phone, but failed. Later, she requested neighbour of her parents to check them at home.

Keeping her request, the neighbour visited Srinath’s house but found the main gate and door opened. When he entered into the house, found blood-soaked bodies of the couple.

He immediately informed the police and the couple’s daughter about the incident. On receiving information, police reached the spot at around 10.30 pm and sealed the house.

The bodies were handed over to the family members after autopsy at SCB Medical College & Hospital in Cuttack yesterday. The last rites were performed at their native place in Jajpur last evening.