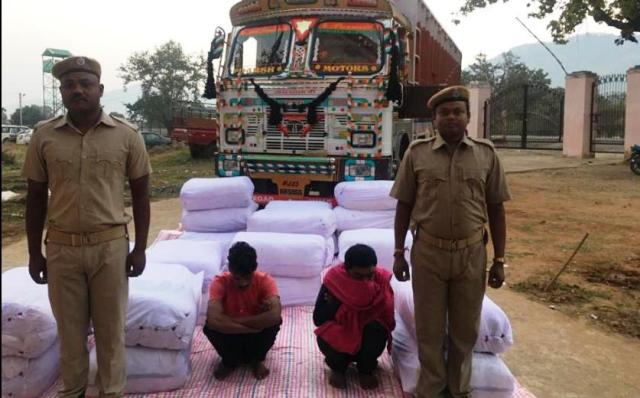 According to reports, the ganja weighed around 8.12 quintal was being transported illegally in an onion-laden truck from Rajahmundry in Andhra Pradesh to Chhattisgarh State capital Raipur via Chitrakonda in Malkangiri district.

Acting on a tip-off, the Mudulipada police stopped the truck near Ghoda Ghat on the State Highway and seized the huge amount of ganja.

They arrested the truck driver Dipak Sahoo and helper Biswaranjan Sahoo for illegal transportation of the ganja.