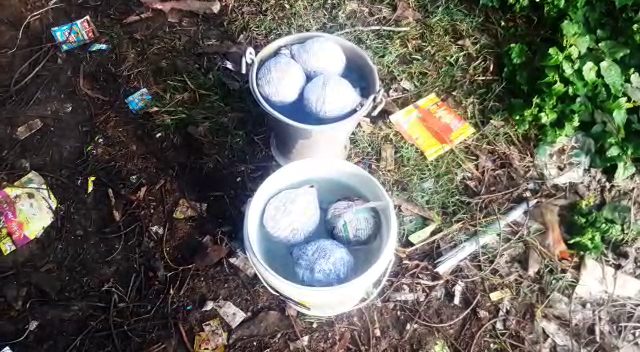 Although the normalcy returned to the town in the morning after curfew, the seizure of live bombs created panic among the residents on outskirts.

According to reports, the locals spotted six live bombs kept on a roadside near Pentha village under Patkura police limits in the morning.

After getting information, the police reached the spot before any untoward incident takes place at the village and seized the bombs.

The probe has been initiated to nab the culprits behind the incident.