Odisha couple critically injured as Chromite-laden truck falls on them 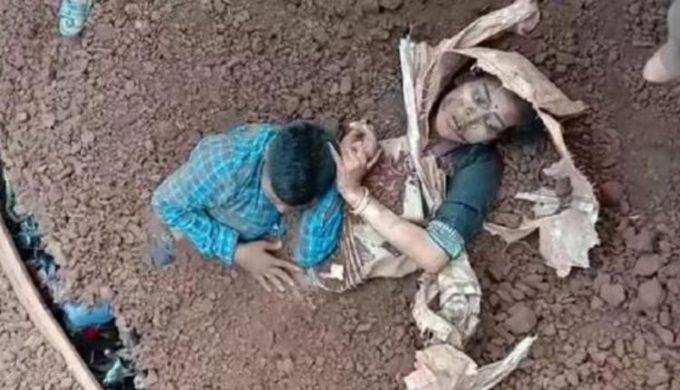 Jajpur: A couple was injured critically after a Chromite-laden truck overturned on them near Pankapala Bangala Chhak under Kalinganagar police station limits in Jajpur district today.

When the couple from Talajanga village was riding a motorcycle on the main road, the truck turned turtle on them burying the husband and wife in neck-deep Chromite.

With the help locals, police rescued the couple and admitted the duo at the Tata Memorial Hospital. Later the couple was shifted to SCB Hospital in Cuttack. Sources said the man has lost both his legs in the accident.

Driver of the truck is absconding following the incident whereas police have launched a probe after registering a case.