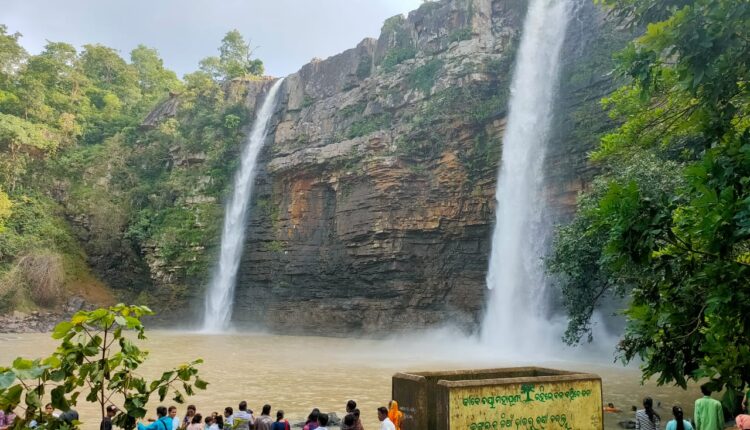 Nuapada: Three days after after a young couple reportedly jumped into Godhas waterfall in Sunabeda Wildlife Sanctuary in Nuapada district, a firefighting team recovered their bodies from the waterbody today.  The bodies were later handed over to police.

The deceased have been identified as Dhaniram Anti and Demati Sori of Thuapani village in Gariaband district of Chhattisgarh.

Sources said the two belonging to different castes were in love with each other since long but their families had been opposing to their relationship. Fearing love failure, the two decided to end their lives. Before taking the extreme step, the two left a suicide note, in which it was mentioned that the two wanted to get married. But since their family members objected, they left their houses on September 24 and later took the extreme step on September 26. A motorcycle and few clothes along with the suicide note were seized from near the waterfall on the day.

Today, Nuapada fire personnel  recovered the bodies from Godhas waterfall and handed over the same to Dharamabandha police. After families of the two arrived, the bodies were sent to District Headquarters Hospital (DHH) here for post-mortem.