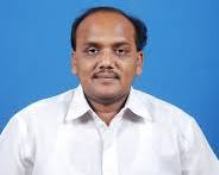 The central investigating agency had arrested Biswal on late Monday night in connection with the purchase of a piece of land from the Seashore chit fund company.

Soon after the arrest of the Cuttack-Chouwdar MLA, hundreds of supporters of Biswal alleged that the MLA’s arrest was an act political vendetta against him by the BJP and staged a huge protest in front CBI office here.

“Its injustice, politically motivated,” said Biswal in front of the court.

Meanwhile, BJD claimed the central investigating agency is being misused by BJP and termed Biswal’s arrest an act of political vendetta.

The MLA was under scanner over a land measuring 34 Guntha at Benapur mouza in Jajpur. Seashore CMD Prashant Dash had paid Rs 25 lakh for the land in cheques in April 2012, the rest amount was to be paid after registration. However, Dash had cancelled the deal later and wanted his money back, sources said.

North East Festival to return to Delhi for fifth time